“If you’re in St. Moritz, it’s a perfect day,” remarks Robert M Edsel. I’ve just asked the celebrated author of The Monuments Men what a perfect day in the Swiss mountain town would be for him, but he insists just being there is enough. “It’s incredibly beautiful. It’s wholesome. It’s inspiring. Obviously, it is an area of affluence, but also a place of great simplicity,” he adds.

Robert has been returning to St. Moritz since he first visited in his mid-20s, when he was starting off in the oil exploration business. “It was 1982, and I came back six or seven times in the next decade,” he says. He always stays at the Palace, he tells me. “At the outset, I visited in winter,” he adds. “Then when I came one year to see St. Moritz during the summer, I really had a whole new level of love for being here.”

These days, he comes almost every year to spend summer at the hotel with “the love of my life – my wife – and our two little boys. We’ve fallen in love with it as a family.”

When we speak, Robert and his wife Anna Bottinelli, who are based in Dallas, have arrived at the Palace with their sons, Francesco, four, and Rodney, two, for the summer. Anna runs the Monuments Men Foundation, which is a non-profit organisation set up by Robert in 2007 to honour the work of the team of curators, historians and librarians who did so much to save Europe’s great art treasures during the Second World War. It is dedicated to continuing their mission to restore stolen artworks to their rightful owners.

Robert is working on two new books, although he is not revealing what they are about yet. He admits, though, to being excited about a third project – a film adaptation of his third book Saving Italy (2013), which focused on the appropriation by the Nazis of great Italian works of art and the heroic efforts that enabled so many of them to be saved and returned. It was his second book that became the acclaimed 2014 film The Monuments Men, directed by and starring George Clooney, alongside Matt Damon, Bill Murray and Cate Blanchett. It followed his first book, Rescuing Da Vinci (2006).

Work and play at Badrutt’s Palace

He and Bottinelli both work from the hotel over the summer, he says. At night, Robert usually writes in the old card table room overlooking the lake and mountains, and during the day there may be research trips, sometimes by helicopter. Both feel that the Engadin provides a wonderful place for their children to learn while they are working. “There’s a lady that lives here in St. Moritz that we made a wonderful connection with three or four years ago, and the boys go out with her from about 9.30am till 2pm each day. We consider the whole valley their classroom… going to different villages up and down the valley. It’s a fantastic learning experience.

“They love being outdoors and doing things. And then we see them in the afternoon. We play tennis, go in the pool or jump on the trampoline, and then we have dinner with them.”

The hotel provides the perfect place for them to dine with their children. “We have a routine of pretty much eating at La Diala every night,” he says. It’s a child-friendly, relaxed environment, overlooking the lake, and the couple like to eat with the boys in the early evening, although sometimes they make the short walk to the traditional farmhouse transformed in 1936 into Chesa Veglia, a haven for foodies and lovers of fine dining. “We’ll go to Pizzeria Heuboden in Chesa Veglia maybe once every two weeks,” he says. “We love the food.”

He’s also a fan of Le Restaurant. “I challenge people to go there, close your eyes and think about what it is that you want to eat,” he says. “Whatever it is, the chefs will make it – but it may take them a little extra time. If you want something exotic, tell them the day before and they will get it done. Chefs are like great athletes, they want to show what they’re able to do.”

Once a month, Robert and his wife will visit the panoramic restaurant at Muottas Muragl, with its spectacular views at 2,454 metres (8,051 feet), but they also enjoy the dining possibilities in St. Moritz: “The Italian restaurant Roberto is fantastic,” he says. They have a date night once a week, he confides, on which they may go to one of the nearby towns or villages to visit a new restaurant, but they especially love family time with the boys, when they can all be together.

Back to nature in St. Moritz

“The weekends really are the times that we spend all day with the boys. Every Sunday, we take them out and do something special with them, usually picnic-related,” he adds.

He likes the fact that St. Moritz allows them to enjoy an uncomplicated outdoor life: “Walking, simple lunches – it’s such a healthy diet here – hiking, being out on the lakes. We go to Lake Staz once every two weeks or so, and have a picnic, sometimes go swimming in the lake. There’s just an endless amount of things to see and do.”

His son from his first marriage, Diego, is now 27, and a heavy metal guitarist in the US. “Diego too has had many happy childhood experiences here, skiing and snowboarding, and being at the hotel’s kids’ club,” he says.

Robert himself learned to ski in St. Moritz, and says his original instructor still teaches in the town. “Her name is Heidi Knaus, and she is from the Engadin and speaks Romansh. She can ski down the mountain with an accordion. It was quite an introduction to the area!”

He still skis but, at 63, he stays fit by playing tennis three times a week. He was a gifted player and considered going professional. He says: “But at 21, I was playing the circuit, travelling in Europe. I realised I could make a living at it, but I wasn’t going to be great; that was important to me.”

He decided he “should finish school, and then the door will open to something else”, he recalls. That turned out to be oil exploration. He began in the industry “as a gofer, practically, running errands, organising papers”. After two years, he adds: “I felt I knew more than I did, as happens when you’re young, and I quit and started my own company.

“I worked like crazy. My friends knew on a Friday night if you wanted to find me, I’d be in the office. But when I took time off, I would come to a place like the Palace for a week or two to catch up on sleep, exercise and recharge.”

For the first 15 years it had been a struggle; then suddenly in two years the company grew from six employees to around 100. “We were pioneers in the development of horizontal drilling technology and had tremendous success. It was the first time I was ever ahead in my business career,” he says.

He decided to make another radical change when he was 39. “It’s a very risky business,” he recalls. “I didn’t want to have a public company, and I thought there’s so many other things I’m interested in – and with a snap of the fingers, 39 becomes 59. I was at a great moment to do something different.”

He moved to Europe and began travelling, studying art and architecture. He says: “I’d always had an interest but never the time. Now I was reading seven to 10 books a week. One day I wondered how all this art survived the most destructive war in history. And who saved it? I had no ambition with it beyond the question. It just seemed like a good question.”

He was involved in the documentary The Rape of Europa, based on Lynn H Nicholas’s book about the looting of Europe’s art treasures by the Nazis. “The more I understood about the story, the more I wanted to find out about the good guys – the Monuments Men,” he recalls. “We found 21 of them, including three or four women, such as Anne Olivier Bell, head of the British Bloomsbury Set of writers, intellectuals and artists.”

Robert wrote much of Saving Italy at the hotel, where he says the staff were key to helping him to persevere with the task of constructing a narrative from several years of research. “It was a daunting task, trying to tell such an important part of history,” he recalls. “I arrived in mid-June with three pieces of luggage for the entire summer. But there were 12 large banker boxes, stacked from floor to ceiling, filled with books, papers, and every bit of research I thought I would need.”

He was divorced and single at the time. “I think everyone at the Palace sensed how challenging it was,” he recalls. “They were the ones who helped each day, keeping my spirits up when I was down… you know, why don’t you go out and not think about it for a few days? They were in no way intrusive, but they were encouraging each day.”

It is the people who keep him coming back to the Palace every year. When he brought his wife here for the first time, he wanted her to “really meet the people, because they are what make the hotel”, he says. “We’re friends with almost all of the staff. They are very welcoming, very friendly, and they love having kids here. You arrive here and within two minutes you just feel like you never left, you’re right back at home. It’s a wonderful experience.”

Chris Harvey is a British-based freelance journalist specialising in arts and entertainment and a regular contributor to The Guardian, Financial Times, The Telegraph and The Independent. 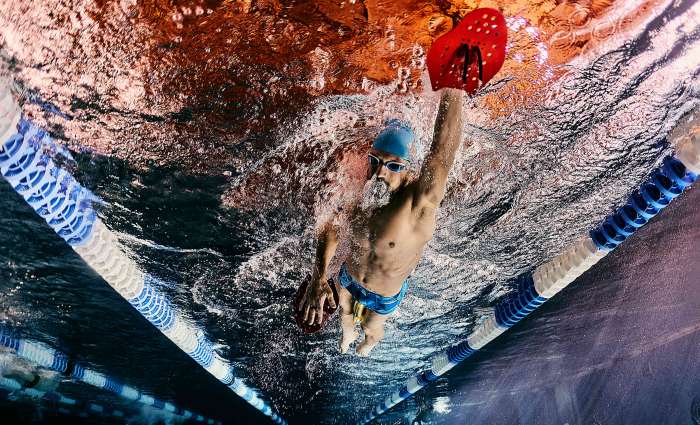 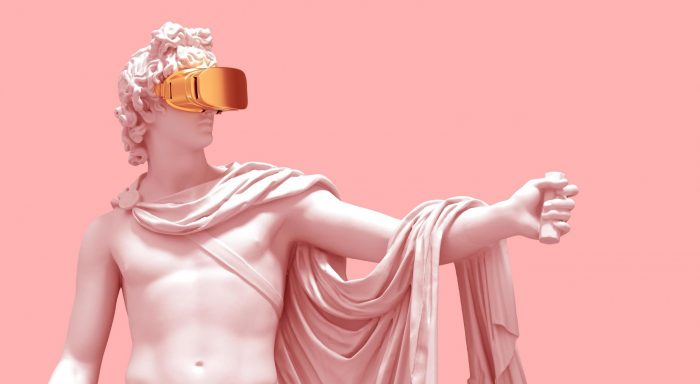