The name ‘Chesa Veglia’ means ‘old house’ in Romansh, the indigenous language of the Engadin region. It was built in 1658 by Jachiam Bütz-Janzun as a farmhouse and passed through the hands of various prominent citizens of St. Moritz over the years.

Traditional Engadin houses built at a similar time to Chesa Veglia had thick walls and richly decorated façades that housed living quarters, a barn and granary all under a single roof. They sported sgrafitto decoration on their frontages (produced by applying layers of plaster tinted in contrasting colours) and were unique in appearance, charming in their blending of the functional and the idyllic.

Chesa Veglia evolved out of a group of buildings constructed next to each other. One of these buildings was the living quarters, built of stone, consisting of a kitchen and a large tower for food storage. In Romansh, these parts of the house are known as chadafö or ‘house of fire’, and chamineda, a word related to the German and French words for ‘open fireplace’. One passed through the large cellar door to get to the ‘court’, the yard where the wagons, sleighs and manure piles were kept, and to the passageway to the barn.

The actual entrance was the upper gate, often decorated with wood carvings. It led to the sulèr, which was only used briefly to carry out work such as threshing grain. The hay wagons could also be brought into shelter here if a sudden downpour interrupted harvesting, but the real soul of the sulèr was displayed during festivities as it was where musicians played and people danced.

The stüva – the main sitting room – often panelled in pine wood was accessed from the sulèr. The house had only one stove, which was installed between the kitchen and the stüva. The sleeping quarters were on the upper floor and heated only indirectly. With its massive walls and small windows, the house was well insulated and was constructed on a south-facing slope.

The founding of Chesa Veglia

In 1774, what would become Chesa Veglia was purchased by the Dreoscha family (known as Andreossi, a famous family in St. Moritz) and in 1851 it was sold to Andrea Robby Sprecher. In 1880, the farmhouse changed ownership again to the family Robby Vicedomini.

By 1928, Chesa Veglia was in line for demolition. In order to prevent this, Hans Badrutt bought it, but sold it on to American Captain Mackintosh in 1930 on the condition that he would keep the façade and most of the interior intact. Due to economic circumstances, Captain Mackintosh had to sell Chesa Veglia back to Hans in the early 1930s.

Inspired by an idea of his wife, Helen Badrutt, Hans converted Chesa Veglia into a rustic restaurant with the help of young Zurich-based architect Hermann Schneider. To furnish the interior, Hermann drew from the large treasure trove of antiques Hans had collected over the course of his life: Engadin chests and beds, as well as wood panelling and bits of coffered ceilings from old houses in the Engadin and Bregaglia valleys. There were also unique chairs specially made by the renowned Swiss furniture manufacturer Horgenglarus, which went on to inspire the architects who furnished the hotel’s La Coupole – Matsuhisa restaurant in 2013.

After comprehensive renovation, Chesa Veglia celebrated its official opening on 28 December 1935. Many celebrities came to the opening: Lady Sylvia Ashley and actor Douglas Fairbanks, Prince René of Bourbon-Parma, banker Harry Morgan, Bob Kane (the creator of Batman) and the children of film director Alexander Korda (best known for The Third Man). Even the former king of Siam and his wife paid a quick visit to Chesa Veglia on New Year’s Eve that year. It soon became the preferred venue of the après-ski crowd as a unique rendezvous for gourmets and night owls. Due to its popularity, kitchen facilities, storage and basement space were built on the east side.

Although minor improvements and changes were made annually, in the 1950s Chesa Veglia underwent a major renovation. Bowling was fashionable back then and every restaurant had a bowling alley, so the terrace in front of the hotel was dug out and a large bowling alley was installed, complete with bar. Among his treasures, Hans Badrutt still had items from a room from Lower Engadin in which Emperor Napoleon is said to have once slept. This room was built into the new lower level. The coat check and toilets were also moved there. As interest in bowling waned, the bowling alley was converted into Club Privé – a type of Corviglia Ski Club for the evening.

Tour through the interior of Chesa Veglia

Today, Chesa Veglia is a fantastic building to explore. Passing through a 16th-century carved door, you step into the entryway where a picture by Alois Carigiet, a renowned 20th-century painter from the Grisons, decorates the wall. To the left is a small cocktail bar; the walls there are also decorated with several pictures by the Swiss graphic designer and artist Alois Carigiet. The cosiness and warmth that German speakers call Gemütlichkeit is already palpable.

Proceeding straight ahead between two genuine Roman columns from Hans Badrutt’s collection, you enter the Patrizier Stuben, a restaurant decorated with historic items that once belonged to houses in the Engadin and Bregaglia valleys. In the old farmhouse, this space once served as the livestock barn. Today, diners enjoy regional cuisine here.

A steep stairway leads from the entryway onto the first upper floor, formerly the hay loft and the living quarters of the farmers. The hay loft is now Pizzeria Heuboden with an authentic wood-fired pizza oven. In the gallery is a replica room from the house of Jürg Jenatsch, a popular hero of the Reformation period from the Grisons.

Next to the pizzeria, in the former smoke room with its blackened ceiling, is the bar. In front of the bar is the sulèr, formerly the entrance for hay wagons. The carved door has been hung inside out because carvings in Engadin houses usually face outwards.

From here, you proceed to the Grill Chadafö, where classic haute cuisine is served to the discreet accompaniment of piano music. This former living quarters consisting of two rooms and a kitchen has pine wall panels and ceilings. In the second room, a steep ladder goes through a trap door in the ceiling to enter the former bedroom.

Chesa Veglia has certainly had an eventful history. Today, the diversity of the dishes that are presented makes Chesa Veglia – located in the heart of St. Moritz – a popular destination for both locals and holiday makers. Any trip to the region is not complete without seeing it for yourself.

To find out more and book a table at Chesa Veglia, visit the Badrutt’s Palace Hotel website

Things to do in St. Moritz 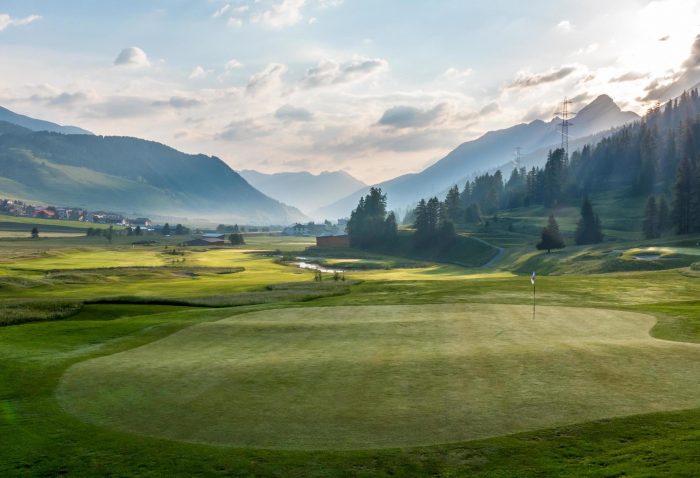 Golf in the Swiss mountains 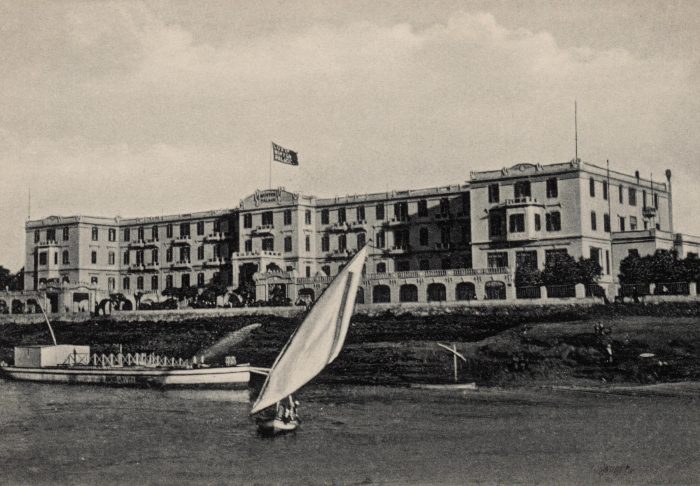